TWO SISTERS who attend Waseley Hills High School in Rubery have been selected to appear in Joseph and the Amazing Technicolour Dreamcoat at the Birmingham Hippodrome.

Mackenzie and Scarlett Moore, 14 and 12, will take to the stage for the production which runs from July 2 to 13.

Mum Gemma told The Standard: “They were both extremely excited when they found out and could not wait to start rehearsals.” 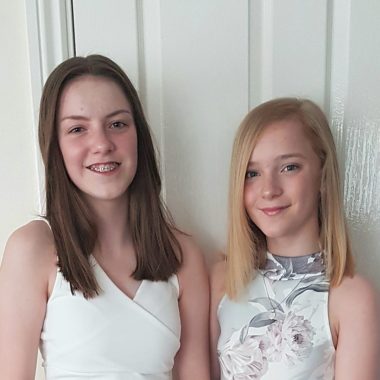 The pair, who attend the Moseley-based School of Theatre Excellence (SOTE), were also in the Birmingham leg of the Evita tour last year and they have each been in one of the ‘World’s Biggest Pantomimes’ at the NIA.

Mackenzie performed in Cinderella and Scarlett in Peter Pan.

Both Mackenzie and Scarlett have also both successfully auditioned for Sinigng in the Rain which will be staged at Birmingham’s Alexandra Theatre in August.

Tickets for Joseph start at £16. Visit birminghamhippodrome.com for more information and to book.