Mr Javid took part in the democracy assembly and found out what the youngsters had been learning about when it came to British politics.

Members of the school council quizzed the Home Secretary, asking him about his pay, what he did before becoming an MP and about what he would like to change about the country.

The councillors asked Mr Javid if he could explain Brexit to the children and he set about doing so – using an analogy of leaving a club. 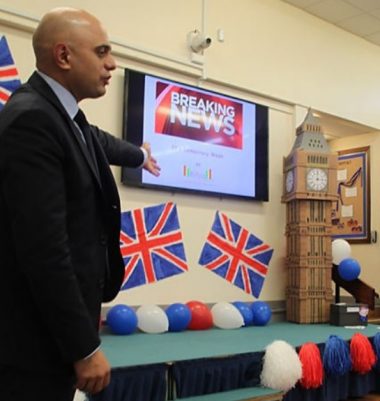 Headteacher Lisa Montandon said: “Our children really enjoyed learning all about democracy during our Democracy week.

“We hope the visit from Mr Sajid Javid will inspire them in the future.

“Staff and children all worked hard together and the visit was a fitting culmination to an exciting week.”