Northfield man among 15-strong group convicted of using drones to fly £550,000 worth of drugs into UK prisons

A NORTHFIELD man was among a 15-strong group convicted of using drones to fly £550,000 worth of drugs into UK jails, including HMP Hewell.

Callum McDonough from Shenley Field Road, Northfield, who received a six-month suspended sentence for his part. 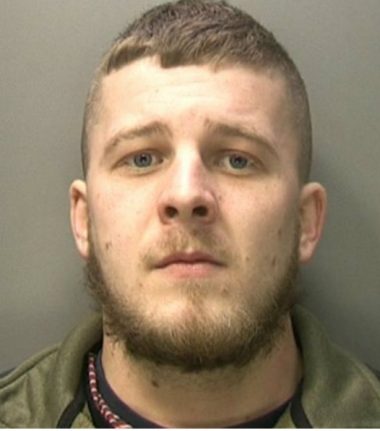 The sophisticated operation was headed by 31-year-old Lee Anslow, the nephew of notorious Black Country drug dealer John Anslow, who orchestrated around half of all the flights from behind bars in HMP Hewell. 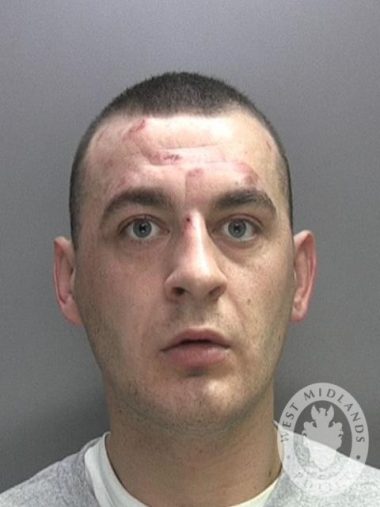 When police searched his cell on September 19 last year they found drugs with an estimated prison value of £20,000 − the value of narcotics in jail is deemed to be about four times that it would fetch on the streets/

A set of digital scales used to weigh drugs were also discovered hidden inside the bottom of a tub of Nesquik.

A total of 55 drone drops were made to inmates in prisons in the county, Birmingham, Wolverhampton, Warrington, Lancashire and Liverpool.

The drugs were mainly skunk and synthetic cannabis, along with amphetamines, crack cocaine and heroin.

Eleven of the drones crashed or were recovered by police as they were being positioned for take-off with their consignment of contraband.

The investigation − believed to be the biggest ever of its kind in UK policing − was run by the West Midlands Regional Organised Crime Unit’s Prison Intelligence Unit & Prison Investigation team based in Birmingham.

Detectives found over 14 months the group − classed as an Organised Crime Gang (OCG) − managed to fly almost 1kg of cannabis and 1.5kg of Spice or Mamba over prison walls.

Brandon Smith, aged 24 from Kingsbury Road, Tipton, was the primary pilot at the controls of at least 30 drone deliveries, including the first one seized by police near HMP Oakwood on May 7 2016 carrying 80g of synthetic cannabis and two mobile phones.

Analysis of its flight recorder revealed it had been used to make nine previous jail drops, the first being on April 23 at HMP Birmingham in Winson Green. Smith’s fingerprints were found on the Unmanned Aerial Vehicle (UAV) and its flight history showed it had been airborne near his home address in the days before it was recovered.

A second drone was found crashed at HMP Hewell on October 15 and another recovered on December 10 crashed near HMP Birmingham with a package containing 200g of Spice, two phones and 10 SIM cards.

Paul Payne, 33, from Broad Street in Coseley, was involved in 14 flights at three different jails, while 44-year-old Robert Morris from Sedgley Road West, Tipton, was the main driver, transporting drones, drugs and pilots to drop zones across the country.

Police in the West Midlands carried out raids on March 14 this year in Birmingham and the Black Country at the homes of people suspected of being involved in the conspiracy.

A total of 15 people, including one woman, were charged with being involved with the conspiracy between April 2016 and June 2017.

Ringleader Anslow plus Paul Ferguson and Stefan Rattray − inmates considered drugs distributors behind bars − were found guilty by a jury having denied involvement, while the other 12 all admitted playing various roles in the plot.

At Birmingham Crown Court on October 26 Anslow was sentenced to ten years in prison, Smith for seven years, Payne for three years and eight months, Ferguson for four years and nine months and Rattray for four years.

Among the others convicted were Richard Harrabin aged 28 from Perton Grove, Weoley Castle who was sentenced to 18 months and Ben Thomas, from Princethorpe Road, Weoley Castle.

Det Insp Gareth Williams from the Prison Investigation Team, said: “This is a landmark case – it’s the biggest drone drug smuggling racket into prisons ever seen in the UK.

“A drone flier, assisted by one or two others, would speak to an inmate on a contraband phone to guide a drone into prison where the attached parcel would be hooked off using sticks.

“Drugs on board the 11 seized drones had an estimated prison value of around £110,000 − so with at least 55 flights that amounts to more than half a million pounds worth of drugs they’ve tried to land behind prison walls.

“The convictions come on the back of a very complex, detailed investigation and I’d like to praise the tenacity and determination of all our investigators, plus the analyst who interrogated large amounts of phone data, who played a part in this success.

“Drug use behind bars fuels violence and self-harm, increasing pressure on prison staff, so it’s vitally important we do all we can to cut off the supply lines – and anyone convicted of supplying banned substances into prisons can soon expect to be inmates themselves.”