THAT’S Life by Frank Sinatra was belted out in Rubery on Thursday where more than 120 people had lined New Road to see community-minded Arthur Hartrick on his final journey.

Arthur, who passed away aged 73 on May 1 after a short illness, was on the Rubery Memorial Club committee, a past president and member of the Moseley and Kings Heath Lions and helped launch the BrumSide community radio station where he presented his Jukebox show every Monday.

After Arthur’s favourite song there was a minute’s applause and the funeral cortege moved on, past the Memorial Club where the Union Flag flew at half-mast in his honour.

During his funeral his wife Kate described Arthur as ‘the best thing that ever happened to her’ and the 52 years they spent together as ‘the best years of her life’.

“You were my rock and life will never be the same without you.

“You made me laugh, you made me cry and you always bought the best out in me.

“In your true Arthur style, you made me believe in myself and become a more confident person.

“Life was a roller-coaster at times, but we fought through it always together, always ready to get up and go. 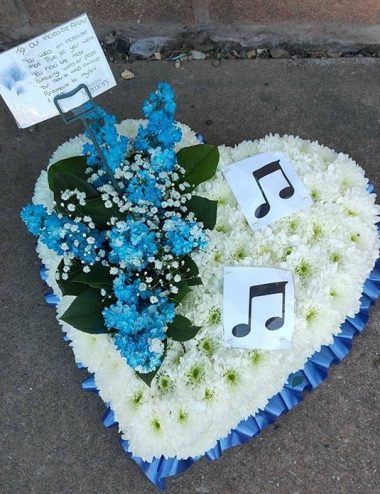 “There will be a missing piece forever in my heart.”

She added he loved his children and grandchildren so dearly.

“You were always looking on the bright side of life no matter how tough times were, always at hand with advice and guidance to help steer us through life.”

They recalled memorable moments like when Arthur bought Lorna a personalised number plate for her car and presented it to her on Christmas Day.

“We loved living next door to you as I am sure you loved our company too, and when Lorna moved nearby life was perfect.”

The family spoke of missing him every day, describing him as ‘always the life and soul of the party and with a big smile on his face’.

“You always looked for the positive things in life. We hope we can continue with your outlook and keep making you proud.”

His grandchildren Ellie and Charlie spoke of amazing times with granddad, in Tenerife when he would sit in the sun all day and then dive into the pool before singing karaoke in Dreamers bar in the evenings.

“We will always remember the weeks we stayed with you and got spoilt whilst mum and dad were away, and they were some of the best weeks.”

Ellie never forgot going to buy cars with him and how excited he was about it all.

“You were so supportive of all my events, stood proud with the camera and always liked all my business ideas when everyone else wasn’t sure.”

Charlie said his granddad was ‘always on hand with a tool set whenever he had a new project’.

He would miss pushing Arthur in the pool on holiday and said he would look after nan and always ensure she had the chocolate fridge topped up.

His other grandchildren Ellen and George were forever grateful for the memories, summer trips to his and Kate’s house, singing karaoke and eating too many sweets.

“We will both keep you alive in our thoughts always.”

Arthur was born on June 6, 1946, in Birmingham to Kathleen and Roland and had three brothers – Bob, Keith and Colin – and a sister Heather.

The family moved to Sussex and after his school life, he ran his own garage business.

In 1967 he became the proud father of his son Ian. 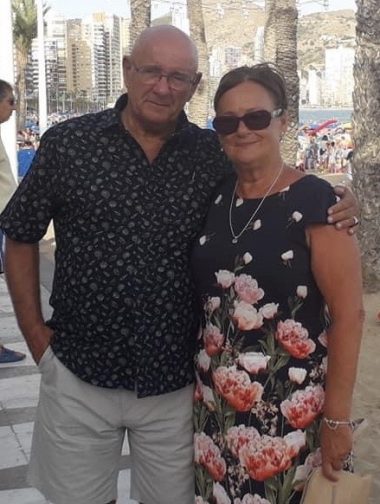 In the early 1970s he met Kate, the love of his life, at work – she was a receptionist at Dinnages Ford Dealer in

Arthur would take Kate to work every morning to ‘impress her with his amazing driving skills’, as well as to save her from having to walk.

Arthur taught Kate to drive, along with the rest of the family.

Their family life began with the arrival of their first daughter Lorna in March 1971, a sister for Ian.

On August 13, 1971, Arthur and Kate married at Haywards Heath Registry Office in Sussex and their family was completed in July 1973 with the arrival of Paula.

The family relocated to Kings Heath, then lived in Catshill for a while before moving to Rubery seven years ago to be next door to Paula, Lee, Ellie and Charlie.

Arthur was always hard-working and spent most of his life in the car trade industry.

He was always smartly dressed, along with his beguiling smile and his last role before his retirement was a Commercial Car Sales Executive.

After retirement Arthur spent more time with his beloved family and devoted more hours to his charity work.

He spent many a December evening riding the Lions’ sleigh around the local area, bringing joy to children and their parents, whilst also raising hundreds of pounds for the Lions charities.

In 2019 Arthur was presented with the prestigious Melvyn Jones award for Dedicated Humanitarian services – it was well-deserved and reflected all his hard work and dedication with the Lions.

As well as the Lions, he also helped his daughter Paula with her Slimming World classes and spent time in his role on the committee at Rubery Memorial Club.

The club’s steward Claire Bates said: “He was a kind, family man who really cared about the community he lived in.

“He would have done anything for anyone and you have only got to see by this turn-out how much everybody thought of him.” 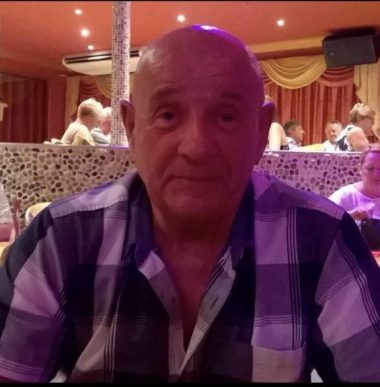 Arthur was well-known for organising events, tidying the club, manning the door, sorting out the New Year’s Eve bash and carrying out general maintenance.

Fellow committee member Nigel Harris said: “He was always keen to help when it was needed.

“He was one of the kind who will be missed by everyone.

“He had the energy of 20 men and was always on the go – he never stopped.”

Don Canny added: “He was full of fun and did all he could to get bums on seats for the club and did so much – we all really miss him and can’t speak highly enough about his contribution.”