A DANGEROUS footpath on Pennine Road in Bromsgrove has been closed so surveys can be carried out by Worcestershire County Council.

The issue was brought to the authority’s attention by Coun Rita Dent and Coun Rod Laight who were approached by local residents. 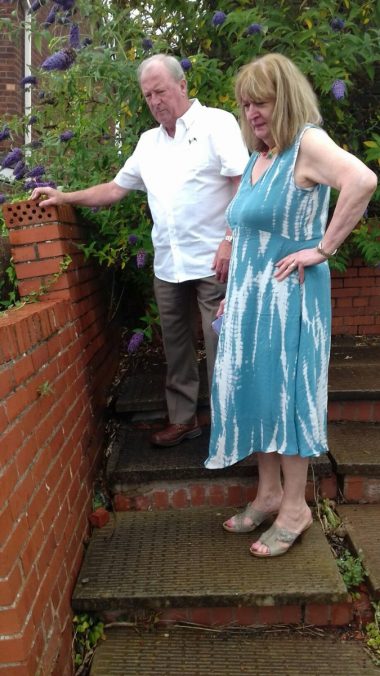 Both are concerned the well-used path was becoming a serious risk to people, particularly the elderly, as the slabs had become unstable because of subsidence.

Coun Laight said: “The county council acted very quickly following a report from Coun Dent and the barriers were in place straight away.

A spokesperson for Worcestershire County Council said: “The slabs on the footway steps have moved and are loose due to the movement of a private wall.

“We have a proposal to reconstruct the steps away from the wall and this work is currently being programmed.”