Bromsgrove's Isabelle loses her locks for the Little Princess Trust

A BROMSGROVE 13-year-old gave an inch of hair for each year of her life so it could be made into a wig for a child or young person who had lost theirs through treatment for cancer or another illness. 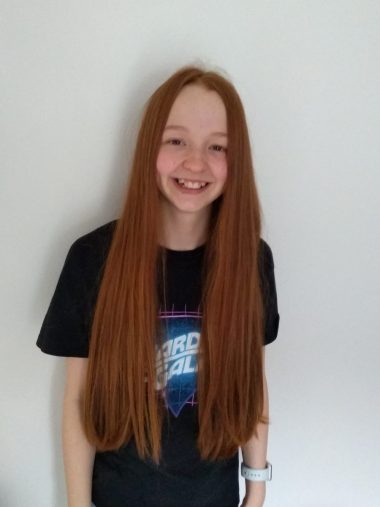 Isabelle Jackson, who attends South Bromsgrove High School, gave her lost locks to the Little Princess Trust and has so far raised more than £150 for the cause.

Her proud dad Mark said: “When we were in lockdown she said she wanted to have her hair cut and was going to have it done before going back to school in September.

“But then she found out the charity already had shorter wigs and needed longer ones so she waited until half-term so she could give more than 12 inches of hair.

Anyone wanting to add to Isabelle’s funds can visit justgiving.com/fundraising/isabelle-jackson2/ and pledge it there.