THE OWNER of a Bromsgrove dog is celebrating after she finished second in her class at Crufts.

Emma Chaffe took Parson Russell Terrier Sassy to the show at Birmingham’s NEC over the weekend and was delighted when she finished runner-up in her category.

Emma, who has been going to Crufts since she was younger with her parents, said: “My dad has had some success in the past but that was mainly with rottweilers – this is the first success we have had with a Parson and the fact she was home-bred made it even more special.” 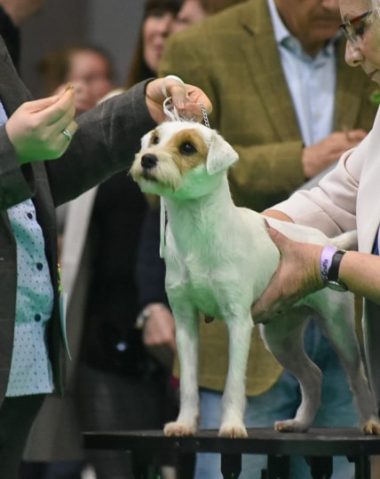 Sassy, who is three now, was one of four in the litter.

Emma added: “She was certainly the naughtiest in the litter and I think that gave her the character to compete.

“She seemed to really enjoy it.

“I shook the hand of Supervet Noel Fitzpatrick on my way into the show ring and I think that may have been a lucky omen.

“The judges seemed to really like Sassy and I was delighted when she was awarded second place.” 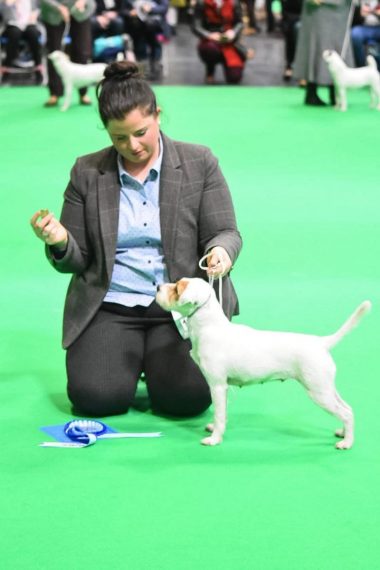 Emma praised Pawesome Pet Supplies in Catshill for their help with the dog’s diet.

“They gave us some nutritional information and suggested we move her onto raw food and she has been a different dog since.

“It’s transformed her – she has been much happier and healthier.”

To qualify for Crufts, dogs have to finish in the top three in a championship show which Sassy managed last year.

Emma, who has three Parsons in total, said: “She’s resting at the moment after the show but we’ll get her in some more open shows and championships and see how far she can go from here.”