IN MY role as a theatrical reviewer I am lucky to attend productions several times a week in some of the Midlands finest theatres.

‘The Attic’ in Stratford-upon-Avon is the probably the smallest venue I cover – it is also the one that offers some of the finest and most unique theatre you’ll get to see and always offers the warmest of welcomes.

This visit was no exception – a very powerful piece by Frank McGuinness entitled ‘Someone Who’ll Watch Over Me’ (from the song of the same name). 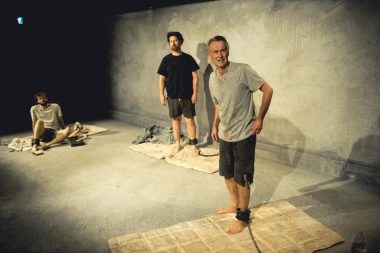 It’s about an Englishman, an Irishman and an American which I know sounds like the start of a joke.  Far from it I’m afraid, as the ‘three’ are hostages chained to a wall somewhere in a dark cellar in Lebanon, back in the 1980s when hostage taking was fashionable.

That was pre 9/11 and pre-ISIS where hostages were prizes to be bartered – not heads on poles to display to the world.

The set by designer Zoe Rolph is intensely claustrophobic – comprising wall and floor of dirty, dank, grease-splattered concrete, to which the hostages are already chained via floor bolts and heavy shackles as we enter.

It is almost voyeuristic to wait for them to wake from their slumber as they lay on filthy mattresses.

To be chained and imprisoned like this, not knowing whether it is night or day, what is happening in the outside world as one day merges into another, days into weeks into months into years and those in there must turn to seeking comfort in insanity. This theme is at the heart of this compelling piece as the three men take turns to be the cheerleaders in keeping them all sound. 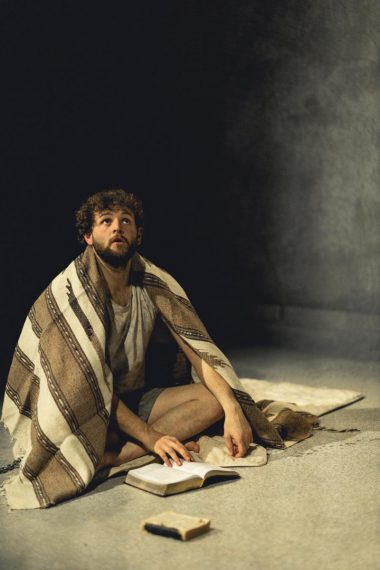 Pete Meredith is the hapless captured American Adam who works out constantly by jogging on the spot whilst holding his chains, then pole-axing to the floor to do as many press ups as his body will take. Meredith perfectly captures the poor man’s battle for self-survival – it’s a fearless performance from an actor who transcends from craft to believability.

He is not alone in this transcending, Phil Leach as Michael  – the stiff upper lip Englishman – beautifully shows us the ups and downs of his journey where he discovers things about himself that he hadn’t dared to voice in his ‘outside the cell’ former life.

John-Robert Partridge is one of a handful of actors who can do little wrong for me and once again he reeled me to believing I was watching a wild eyed, bushy haired brutish, brash Irishman called Edward, not an actor playing him.

Director Jonathan Legg has painted his production with the finest of brushes – every word, movement and pause has its purpose. We already care about the three prisoners but Legg takes us deep into their personas to expose their vulnerabilities as well as their individual strengths and how they compliment each other, taking up the baton like a relay team.

In fairness I felt it could do with some pruning and being contained to one act as so intense is the feeling of confinement for the audience, that to escape between acts was somehow wrong. 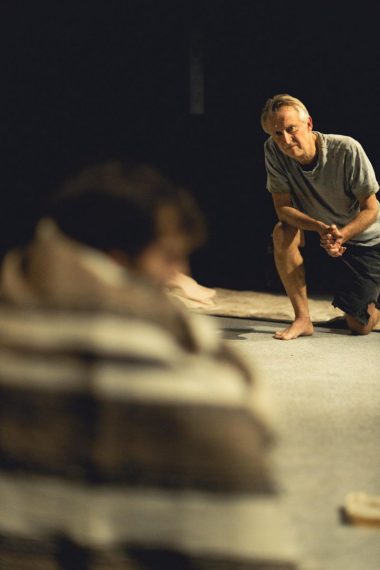 Don’t let that put you off, or believe that the subject matter is too depressing – yes there is sadness but also moments of joy and laugh-out-loud times so that you leave uplifted.

I cannot bang the drum for ‘Tread the Boards’ loudly enough.

Try and get along before it finishes on Sunday, if that’s not possible book tickets for their next show.