DING-DONG, Hello-Hello, those Elders are in town and guess what? In my opinion this production at the Hippodrome is bigger, brasher and better than when I saw it in London.

I refer of course to the phenomenon that is the multi-award winning ‘The Book of Mormon’. 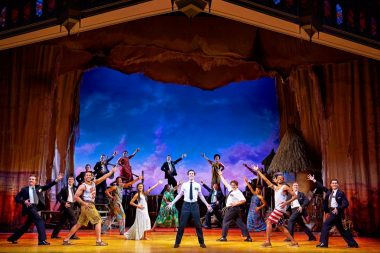 This deliciously disgraceful musical comedy from the creators of the South Park TV comedy series, Matt Stone and Trey Parker and writer of Avenue Q Bobby Lopez, has tears of laughter flooding communally from the moment an Elder rings the first doorbell.

Two by two, the suited-and-booted Latter Day Saints missionaries (known as ‘Elders’) are sent in pairs to bring the Mormon word to every corner of the world. 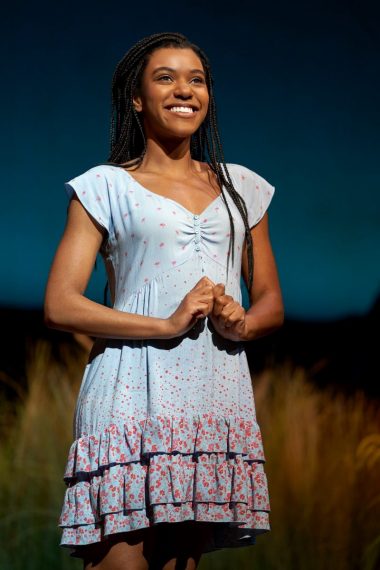 Together our twosome set off from the sanctuary of the milk and cookie capital of Utah, Salt Lake City, to Africa’s Uganda where warlords, famine, an Aids epidemic and female mutilation await them. If that doesn’t sound like the recipe for a bundle of laughs you couldn’t be further away from the truth.

Yes this show is way beyond risqué with songs and jokes about things that are taboo – but it is oh-so-clever, relevant and in a perverse sort of way, moralistic.

Love will out and in the end it does – leaving you not only laughing at the Mormons but also with them and feeling that though they may be nuts, they are certainly nice nuts and mean well in their missionary nuttiness. 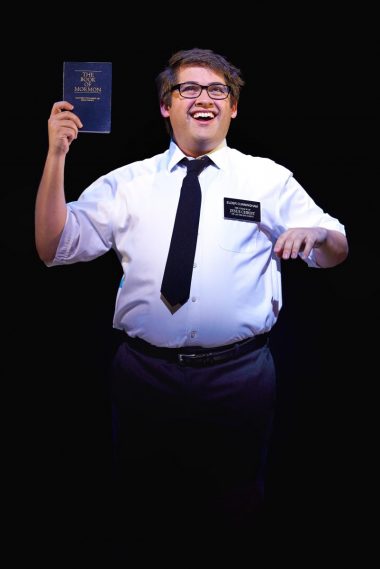 There are some amazing numbers including the jolly calypso  ‘Hasa Diga Eebowai!’  where the villagers sing about their impoverished everyday lives – no food, no rain, bandits bullying them, women getting abused – and the translation of the song title is?  Urm… not printable here.

There are also tap dancing, high kickin’ routines and huge spectacles, the daddy of which has to be the outrageous ‘Spooky Mormon Hell Dream’ where Elder Price gets visited by imps, demons, witchdoctors and even Old Nick himself.

The Book of Mormon is not I suppose a show for the faint- hearted but it has fans all over the world who’ll travel vast distances – just like the elders from Salt Lake City – to see it again and again.  I was baptised a few years ago in the West End, my confirmation took place on press night at the Hippodrome.

Book of Mormon runs until March 28.