GREEN DAY’s iconic album ‘American Idiot’ has been transformed into a stage show, the latest version of which is currently at Birmingham’s Alexandra Theatre.

The curtain rises on a nightmarish set created by designer Sara Perks. We are greeted by graffiti and a barrage of media propaganda relating to the twin tower destruction of 9/11 and following aftermath. 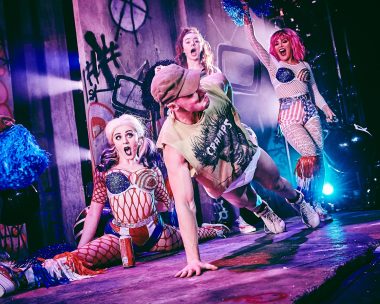 American Idiot follows the story of three friends on their journeys of self-discovery and self-destruction.

The show opens with a blast of teenage angst and frustration as the cast begin their story of rebellion, rage, drugs and troubled love. This happens via one of the most iconic Green Day songs ‘Calling out to Idiot America’.  The relentless energy and intensity seen in this song, is something that is maintained throughout the entire show.

Tom Milner perfectly captures Johnny, the rebel without a cause. He takes us with him on his highs and makes our stomachs churn at his lows.

Samuel Pope (also active in the band) gives a heart-warming and consistent performance as Will, the ill-prepared father. 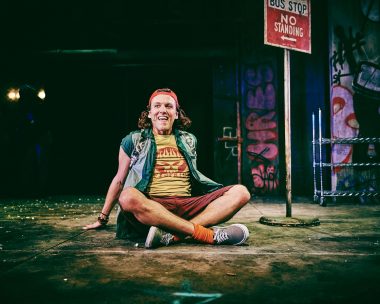 Joshua Dowen is also excellent as Tunny the young soldier persuaded by media coverage to fight for his country. His story follows the reality rather than the glossy facade.

There is a magnificent and intelligent moment during act one when Johnny, Will and Tunny merge and hit the peaks of their individual stories of sex, war and new life, making them one.

In truth the book by Bille Joe Armstrong and Michael Mayer is not as strong as the music but it has its worthy moments.

The ever present band and ensemble are the show’s driving force – they faultlessly give us the chaos inside these naive and conflicted young minds. 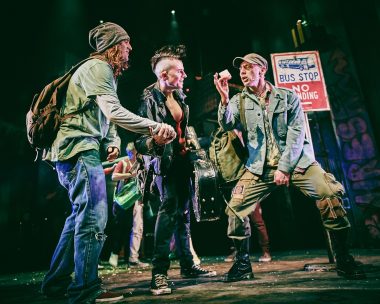 The final number  brought the three lads back together, where despite the eventful and sometimes reckless months that had passed, with just one look and a hand on the shoulder, they knew they were home again.

The final words ‘this is our life’ was the moment the audience took to their feet and joined in with the curtain call ‘Good Riddance’ entranced in 90s nostalgia. 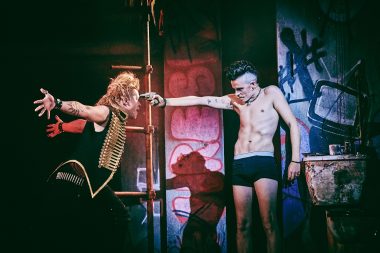 The show runs until Saturday, April 13.

For tickets, which are £15, visit https://www.ents24.com/uk/tour-dates/green-days-american-idiot-the-musical-touring